Recent months felt like my brain has way too many tabs open. There is so much going on and I feel obligated to care about every single word issue there is. Unfortunately, the problems of the world keep expanding by the speed of light. How can you keep up with every one of them?

January felt like forever. Just remember what had happened in just 31 days.

America, well The president of the united states, threatened with World War 3. Nothing new there but this time it looked pretty bad and WW3 managed to trend all across the social media.

Australia was, and still is on fire. Koalas and many other animal species are on the verge of extinction. Firemen of Australia and firemen from all around the world came to help and did the superhuman job and even the regular folk did their best.

People all around the world came together and chipped in, showing the kindness this year needed. You could have chosen from many organizations and donate whatever amount of money to ease the aftermath of the fires.

Yet, we all refuse to acknowledge the real issue here.

Later in the month, we witnessed Harry and Meghan leave the royal family. Something we all thought was not possible. To be fair we should have seen it coming, judging by the purest love the couple has for each other. If your powerful family doesn’t stand up for your wife being mentally abused by the media then you have every right to say fuck you to that family. Even the royals.

Dumb as it was.

Moving oversea the world mourned the death of the basketball legend Kobe Bryant, his daughter Gigi and 7 others that died in a helicopter crash. No one could ever be ready for that.

And last but not least the coronavirus outbreak. Every day of January the number of infected and death increased and the world began to panic. Working in the pharmacy I can see the panic firsthand. The demand for face masks or disinfection gels is outstanding. Let me clarify I live in the Czech republic with zero infected patients, yet the profit form the coronavirus is preposterous.

There is nothing more January 2020 could possibly offer and we survived it completely drained.

And that was all just the issues of the month and I am done.

What we’re all going through is called Compassion fatigue. There are too many tabs open in our mental browser and we’re on the verge of crashing.

You feel sad. Outrageous. Angry. Moved. Annoyed. Furious and that is a lot to feel all at once. Yet, you keep finding out more and feeling more. From feeling too much you go to feeling nothing at all.

Let’s face it even when what I’m about to say is sick and wrong.

When the mass shootings were not so regular thing, every time I learned about one I was heartbroken. I felt sorry for the victims and the families of the victims. I kept thinking about it. What horrors did victims go through? The horrible suddenness. What if it happens to me?

But most importantly I felt angry and betrayed because how the fuck would that person get a gun? How could we let that happened? What could have I done to prevent that from happening?

For some unknown reason, I felt like I was to be blamed. Not my person per se, but as a part of society. Like I failed a project of sorts.

The whole tragedy would not leave my mind for days.

I’ve lost count. I register the tragedies, learn the number of the victims, say oh shit and that’s it. I’m over it in just a few minutes. I don’t feel compassion, just numbness. Learning about mass murders became a regular thing. Just a piece of information I’m gonna acknowledge without touching my emotions whatsoever. Emotions I used to wear on my sleeves somehow crawled deep inside of me and it takes a massive tragedy for me to at least react. And I didn’t even register my transition.

Sucking up the negativity cuz I feel obligated to listen. It’s the least I can do. To acknowledge all of the shit we’re going through.

We’re facing the great environmental crisis we’re too late to solve anyway because we kept discussing whether the issue is real or not. Scientists all around the world agree that going vegan or vegetarian would slow down the inevitable doom but the guy on twitter who eats meat only says it’s fake so we all believe him.

I’m sure we all realize that with increasing population and extension of life span there are just not enough animals on the planet to feed us all. We’re already stocking chicken, pigs or cows into tiniest spaces allowing animal viruses to mutate and cause pandemics.

Chickens are not supposed to be that big, it’s the antibiotics. 70% of antibiotics created goes to the meat we eat and then we act surprised why our doctor prescribed medication doesn’t work.

If you’re thinking: but what about protein? We need meat protein! Stop kidding yourself. There are plans with more than twice as much protein as meat. What you need from meat is B12 for your nerves and cells, that’s easily synthesized and what you want is hem iron that even thought has better absorption than non-hem iron it’s the thing that causes heart diseases, stroke or cancer. Deforestation nowadays is so we can have fields where we can grow plants to feed the caged animals we eat.

There is a solution but we’re refusing it. 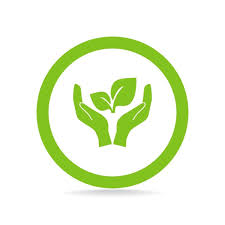 We managed to occupy eco-parts of our brain for months with blaming the little guys and straws for global warming while the big guy with the most impact and blame went unnoticed.

The sea level is rising while we’re running out of drinking water. The water shortness will hit most of the cities in just a couple of years unless we realize the real value of water.

Icebergs melting causing the natural ecosystem of polar animals to disappear along with endangered species themselves, while simultaneously emitting frozen microorganisms, we haven’t seen yet and therefore don’t have an immunity system prepared for it, to the open sea.

Rising sea levels will soon create refugees seeking asylum but we’re refusing to give asylum to the refugees of the war we created because, and I quote, they’re gonna rape our women. Yet rape is still something we keep blaming victims for and rich white boys being rich white boys.

There are 2 trillion dollars to spend on military equipment, but there is simply no money to fix health care or school system.

Or the general economic inequality because you can’t make the richest people in the world pay higher taxes or taxes in general.

We focus so much on protecting the unborn child because abortion is a murder but our interest rapidly decreases once life is born. All life is precious unless life is a different color, religion, sexual orientation, don’t fit general gender norms and let’s not forget gender ideology is the enemy number one.

If you’re female your reproductive organs are none of your business, but some old white guy who believes female ejaculation is a myth, the clitoris is a city in Europe and babies come from the same hole you pee from.

For some unknown reason, there is very little scientific information about how female orgasms work. What muscles contract? Why it differs from woman to woman? Why are so many women having problems reaching orgasm in the first place?

What we do know is how a vaccination works, and yet some bio mums choose to not vaccinate their kids and while sure, you get to choose what’s best for your kid but why the fuck did you choose the death of measles. I thought we were all about protecting life now.

Speaking of viruses the coronavirus and the general panic lead to incredible racism toward Asian people. We all knew their culture was different, every culture is different. So they eat food you consider gross, but you eat ass Janet, so who are you to judge?

Speaking of racism= America. I’m not even gonna go to how many tabs in my brain are occupied with America only and their orange blob.

But I am gonna tell you about my homeland Slovakia and the most important elections we’re facing right now while fascism is being the most popular word these days. Slovak folk is about the chose the least evil and many frustrated residents are planning to choose not to vote at all.

For 12 years our country was governed by one politician party and stealing and corruption were on a daily basis. Unemployment grew hand in hand with extremism. Our country was occupied with an affair after an affair for years. Many of us left the country years ago and I can say for myself, that I’m not planning on going back for now.

People lost faith in government, in democracy and they are angry. That’s why they are seeing the solution in a neo-Nazi party, the party that called gypsies of Slovakia parasites in their official party program.

No one argues that Slovakia has a gypsy problem ofter addressed as a gypsy question. Gypsies of Slovakia live in this edge parts of cities and villages in incredible filth, most with no education and lots of children, teen moms, lack of manners or upbringing, violent behavior, no work or sadly even need for work cuz government provide them with money and even households.

Obviously the working class of Slovakia is fed up.

The situation in my hometown is terrible. Almost everyone I know from there has some negative experience with gypsies. Whether they were beaten by gypsies, chased, thrown rocks at or just verbally abused, everyone has them. Even I do. Therefore, I understand why so many people from east of Slovakia plan on voting the party that has been taking and plans to take radical steps towards the gypsy issue. Big scary fascists with shaved heads take care of the issue exactly how you would imagine. Beating and threating. It sounds horrific I know, but I also know that it makes sense for people back home cuz it’s beat or be beaten. I understand why most of the people in Slovakia are racist. You associate all of the negative experiences you had with an ethnic group with their race.

I also know that if I stayed back home I would be racist too.

My compassion fatigue is acting up and I am hopeless for my country. Sure there are great amounts of good people against fascism and extremism but fear is a strong tool and the candidate parties are using it to their advantage.

There was an episode of my favorite Patriot Act with Hasan Minhaj at the end of 2019 where he very thoughtfully talked about what I’m writing about right now. Compassion fatigue. All of the issues matter but for your own sake, you need to close some of the tabs you have opened in your mental browser. Otherwise, you’re gonna crash, honey. Don’t stop caring thought. Just pick some issues you’re the most passionate about and let the rest of the world care about the rest of the problems. God knows there are plenty of them.

Natalia Ihnatova is a 23 years old Slovak girl living her best life in Prague. She shares her stories, life views and reviews with the strangers on the internet.